A Rare Breed of British Origin 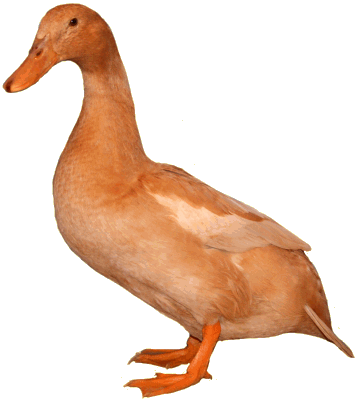 This very rare breed was developed by William Cook of Orpington in Kent (who developed the Orpington chooks) early in the twentieth century. It had excellent laying qualities (it has Indian Runner in its makeup) as well as being superb eating – a result of its Aylesbury and Rouen ancestry.

The Orpington is quite a heavy duck and the Buff variety (figured) is most attractive with its rich red- or golden-buff colouring and orange legs and beak. The drake displays a glossy seal-brown head and neck. There is also a Blue Orpington duck, but it is even rarer than the Buff.