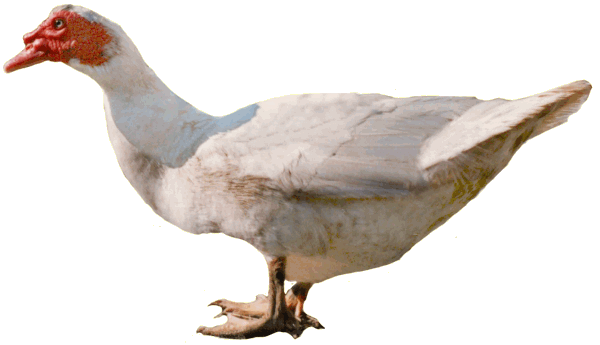 The Muscovy duck (which doesn’t come from Moscow as the name implies, and is almost as much a goose as a duck) originated in South America and is a distinct species. The name is a corruption of ‘Musk Duck’ from a supposed musky odour emitted by the drake.

The Muscovy is a large bird, the drake is much bigger than the duck and almost twice the weight of drakes of the Mallard-derived breeds. It is powerfully built with long wings and tail, and it flies well. Its feet are equipped with strong sharp toenails, and the fleshy red ‘caruncles’ which adorn the face – especially in the male – give it a misleadingly fierce appearance. In fact, the Muscovy is actually a quiet, easily-managed breed, and a prolific producer of excellent ducklings for eating. It ranges in colour from black, through shades of blue to pure white. 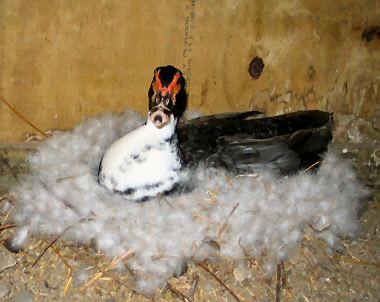 Muscovy duck on her feather down nest 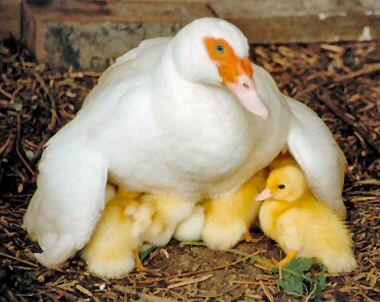