A Rare Breed of American Origin 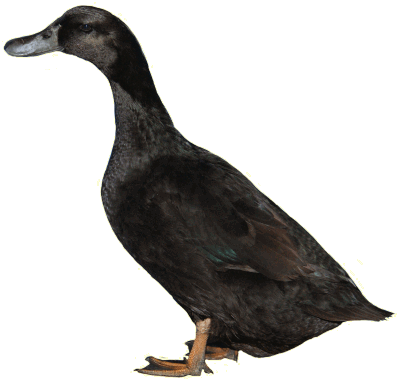 The exact origins of the Cayuga duck are unclear. It is named after Lake Cayuga in New York State, where it was first officially recognised around 1850. Some fanciers believe it originated there as a sport from the Mallard (the ancester of most domestic breeds), but it has also been suggested that it was bred in South America from the small black ‘East Indian’ duck.

Cayugas are a heavy breed of black duck with a beautiful green sheen, and are reasonable layers of white eggs. They are not particular big or fast growing but make a reasonable roast.