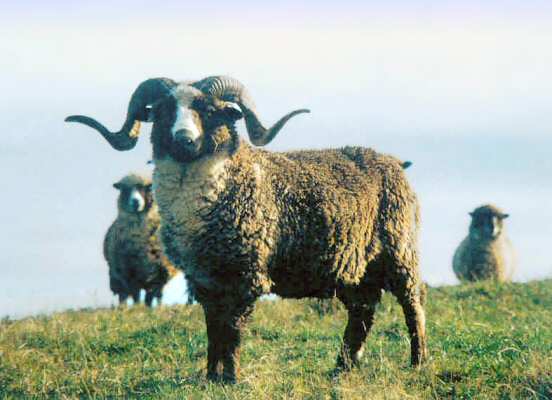 The first large-scale sheep farming venture on Stewart Island was commenced in 1874 on what proved to be unsuitable terrain at Scott Burn (one of the may tributaries of the Freshwater River). Within a few years other sheep runs were taken up on drier land at Island Hill and Kilbride in Mason Bay on the western coast, and stocked with Merino sheep shipped over from the mainland. Prior to this only small numbers of sheep had been kept on the island for household supply, mostly at The Neck (on the east coast). Sheep farming was never greatly successful on the island, although it did continue until the 1990s.

Sheep that escaped from farming operations formed a feral population and some have been recovered in recent years and maintained on the mainland. These are described as being very like those from Arapawa Island in size (relatively small) and general appearance – the rams having particularly fine horns. They are mostly black and often have a patch of white on the nose and between the eyes, and a white tip on the tail.

In behaviour they are very alert and aware of what is going on around them. In a group, a female will often act as a ‘lookout’ for the approach of strangers. The ewes are very protective of their lambs. They don’t need drenching and don’t get daggy. On lean feed they tend to hold their condition better than commercial breeds.

The number of Stewart Island sheep under domestication is thought to be not more than a hundred, located in small flocks in both the North and South Islands of New Zealand.

Since the cessation of farming on Stewart Island, the Department of Conservation has taken steps to eradicate feral sheep (and other feral animals) to prevent them damaging native forest and the habitat of native wildlife. 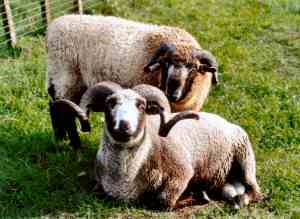 Special thanks to Ron and Kath Gallagher for photographs and initial information.